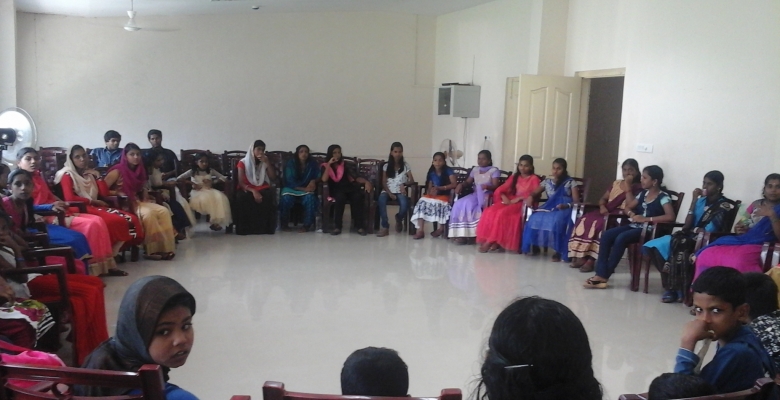 The Children’s Parliament is a plat­form for children below the age of eighteen years, hailing from about 25 families of a neighbourhood, to empower children in playing a leading role in their own development and their communities while creating a strong base for their improved and meaningful participation at different levels of decision making in all relevant matters.

In this year also QSSS and KSSF joined together to formed child parliament in the different areas of Kollam. The child parliament is currently working in Thirumullavaram, Eravipuram, Thanni, Sakthikulangara, Pallithottam, Maruthadi, and Port Kollam. The QSSS community organizers were working as the facilitators of child parliament. During the period of summer vacation, vanity bag and doll making training were given to the members of two child parliament. By improving the children’s extracurricular activities, the programme also aimed to develop their personality through games. The programme also provided Origami training to the children. This training is mainly focused on the development of personality, critical thinking, and the practical areas of children.